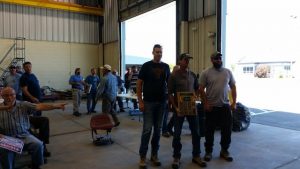 Special thanks to our afternoon utility crew; Barry Irwin and Ed Mitchell and to our shift foreman Dan Scholman for assisting in the rescue of 8 baby ducks who fell through a catch basin. 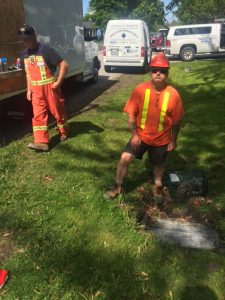 April 12, 2017 – After almost eight years with the City of St. Catharines, Chief

“The citizens of St. Catharines are well-served by an outstanding team of professional
City employees who are dedicated to this community. I have truly enjoyed working with
and getting to know them all,” said Carnegie. “While it has been a privilege to lead this
team, it is time for me to take a step back and spend more time with my family.”

Before becoming CAO in January 2014, Carnegie served as the City’s deputy CAO and
Director of Corporate Services.

During his tenure with the City, Carnegie was involved in several high profile projects
including the launch of both the Citizens First initiative, which created a centralized
customer service model for citizen inquiries, and MVP, which focused on building a
positive corporate culture though the introduction of a common mission, vision and
principles for all employees.

As CAO, Carnegie recognized the City needed to focus on its long-term needs and
introduced a new senior team model with commissioners who are responsible for longrange
planning in both operations and corporate services. He also recognized ensuring
efficiency in day-to-day operations was equally important, and introduced process
improvement to the corporation by creating the Manager of Business Process
Improvement.

More recently Carnegie was instrumental in two major public transportation initiatives:
The successful effort to bring daily GO train service to Niagara with a stop in St.
Catharines, and the Inter-municipal Transit Working Group of Mayors, CAOs and transit
managers from St. Catharines, Welland and Niagara Falls to develop options for
integrated transit services for Niagara.

Carnegie’s retirement tops off a diverse career having held senior leadership positions
at the cities of Oakville and Oshawa, Toronto Hydro and the private sector.

“Dan has played a pivotal role at City Hall and provided consistent leadership through
the beginning of our term as a new Council,” said Mayor Walter Sendzik. “Dan has
delivered on important initiatives to help secure daily GO train service to St. Catharines
and laying the foundation for inter-municipal transit service in Niagara.”

“His efforts are greatly appreciated and Council wishes Dan all the best in his upcoming
retirement.” 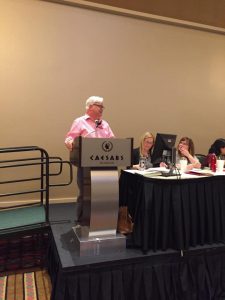 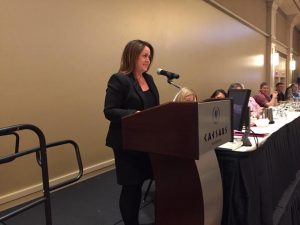 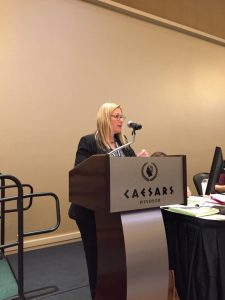 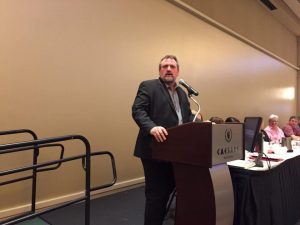 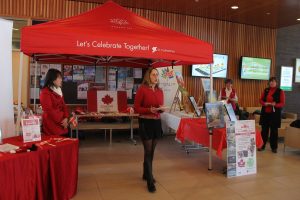 March 16, 2017 – Mother Nature reminded us this week that it’s still winter, but the Canada 150 Anniversary Task Force and City staff are looking ahead to warmer weather and celebrations for our nation’s birthday.

To mark Canada’s sesquicentennial anniversary the task force and the City are planning art shows, exhibits and explorations of buildings across the city, all focused on celebrating what Canada and St. Catharines means to residents.

Members of the City’s older adult centres are getting into the Canada 150 spirit by hosting an art sale on May 6 at the Dunlop Drive Older Adult Centre. It’s the first ever art sale hosted by the City’s older adult centres, and will see original pieces of art painted about Canada and inspired by Canada on display. Members of the public will have the chance to meet with the painters and can even purchase some of the art to take home.

The St. Catharines Museum and Welland Canals Centre will be opening a new exhibit focusing on what it means to be a St. Catharines resident in 2017. One-Five-Oh! A Snapshot of our City will feature artifacts and items donated by the community to create a living time capsule of life in our community. The exhibit opens July 1. Residents looking to contribute an item to One-Five-Oh! A Snapshot of our City can call the Museum at 905.984.8880.

City Hall will be getting a Canadiana makeover thanks to Cultural Services’ annual juried art exhibition. Kitsch 4 Canada will have local artists celebrate the souvenir by turning kitschy items into works of art that will be on display on the third floor of City Hall. The exhibit opens May 1 and runs until early November.

Art isn’t limited to just adults though. The Canada 150 Anniversary Task Force has produced a children’s activity book full of games and activities designed to teach children about Canada and St. Catharines. The activity book will be available at community events throughout the year.

Looking ahead to Canada Day, there will be three events that week celebrating Canada’s birthday. On June 24, the City will host Doors Open, a new event where residents can explore the buildings and institutions at the heart of our city’s history. On Canada Day, the City will once again have celebrations at Rennie Park and the St. Catharines Museum and Welland Canals Centre. More information on all three events will be available later in the spring.

For details on the City’s Canada 150 events visit www.stcatharines.ca/Canada150 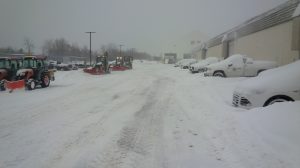 I wanted to take a minute to share my thanks for the total team effort that was on display this week in fighting the snow storm that started Monday.

I could bore you with a lot of statistics of tons of salt and sand or the amount of snow that fell, but there is really only one that describes the effort. We ran fully deployed, every possible piece of equipment on the road, for over 50 hours. Basically it was a hot seat operation; when one driver ends their shift, another jumps in the vehicle and it heads back on the road. They call it “hot seat” because the seat is still warm from the previous driver when you get in to start your shift.

That kind of response doesn’t happen without a total team effort.

I know the public only see the trucks and plows going down the street, but everybody has to step up to make that happen. So thank you to:

I’ve had an opportunity to thank a lot groups personally, but I know I will not get to speak to everybody, so please pass this on.